Checks are in the Mail

Wow. The stimulus check has been deposited into my banking account. Thank you, Congress. Thank you, Mr. President. Thank you. I feel that I should do my Patriotic Duty, and go and spend this stimulus check that I can stimulate Best Buy right out of this recession. But, I think it's going into the pig. Make the pig happy.

Seems hard to believe that Return of the Jedi came out 25 years ago this May. It was the only Star Wars that I did not see at the Dutch Square Theaters (I saw it at the Bush River Mall Cinemas).

This video is pretty funny. Hang in there: Billy Dee Williams makes an appearance.

And with those words, Bilbo Baggins took off on an adventure with 13 dwarves and a wizard to reclaim the ancient treasure guarded by the dragon Smaug.

It was announced today that Guillermo del Toro will direct the two films based on JRR Tolkien's The Hobbit. If you did not catch Hellboy a few years back, the sequel will be in theaters this summer. Also, Pan's Labyrinth is quite good.

Nearly ten years ago, I was very worried about Lord of the Rings being filmed by Peter Jackson. I had only seen one of his films (Braindead). As it turns out, he was a bigger fan of the material than I was, and I have no doubt in my mind that Hollywood could never have produced such a fine version. So, I am trusting in the Eldar that del Toro will do a fine job.
Posted by Chuck at 7:49 PM 2 comments:

A split infinitive is when an adverb comes between the word "to" and the uninflected form of a verb, as in "To boldly go."

Honestly, I was losing it today.

I hate to admit it. I hate to admit that I get panicked, worried. But, that was my situation. Doesn't matter the circumstance, the reason. I was losing my typical calm and cool collectiveness. I wanted to tell my boss three times that I am quitting and moving on to greener pastures. I was really working up a head of steam.

And then, it changed. Subtly.

I was meeting with one of my managers, getting updates for the week for the "Project Plan." Then we worked out a rough delivery schedule for May and into June. Then, life seemed to come back into balance. I breathed a bit deeper. I realized how much I appreciate the people that work for me. I extended my hand, shook hers, and said "Thank you."

It felt fantastic. Perspective returned, and I felt as if some weight had been lifted. Weird, I know.

In little over a month, I join some of my pals and turn 40. Big milestone, because, let's face it guys, statistically speaking, it's been downhill since about thirty seven. So, I've made it to forty, and I made my peace with that a couple of years ago. I distinctly remember when my Dad turned thirty eight – he broke his arm that year, and, George Rogers won the Heisman trophy (George Rogers jersey was thirty eight) – I associated my Dad's age at that event with a college football player. I couldn't believe that I was now the same age as that little boy remembered.

My friend George really did a fine job for himself on his fortieth. He pulled his college band back together and shared his love for music, performance and God with a whole bunch of us. It was a real privilege to go. Unfortunately, my college band was a bit bigger. Perhaps I can get a small group of the guys to come up and we can do some drill on the front lawn. I still have arrangements of "Favorite Things" somewhere around here.

Really, I have no grand plans. May 19th will come, and will go. I hope there will be cake. Maybe, in honor of the new Indy movie coming out, I can schedule a Raiders Marathon. Or, take the day off and go to Bush Gardens?

Seriously, though, looking ahead, can I create a goal to accomplish during my fortieth year? Perhaps this will be the year that I rebooted my career, or wrote that home school programming curriculum that I have tossed around for nearly a year. Maybe I can start listening for God's calling in my life instead of driving it all the time. Love people a bit more? 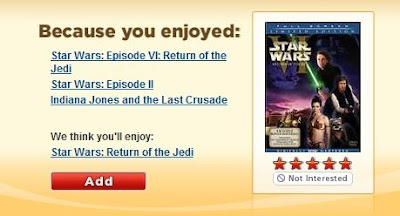 Sounds like logical reasoning to me.
Posted by Chuck at 8:14 PM 2 comments:

We all get them. A friend receives an email that tells them about some disaster and then forwards the email to everyone in their address book, including you. At first, the story appeals to you, but, is it real? For most of us, we fall back to various sites on the internet to validate the story. Snopes has become to urban myths what Google is to search engines. When you first started receiving these emails, and then finding out that they were urban myths, you would type up a nice reply saying as much, and then pointing them to Snopes. Then, you stopped with the nice letter and sent them to Snopes. Finally, you just stopped reading most of the email that came in from those people.

Well, they have heard us, loud and clear. They are now scouring Snopes to find the ones that are true and then they send those out. At the bottom is a convenient link to Snopes, saving you the trouble of validating.

This morning I received the "Don't Ever Dial Area Code 809" email, including a link to Snopes. I received this today, and this has been around since 2000? Thanks for the timeliness. And, none of the origins was shared.

I am beginning to think that the odds of being hit with one of these scams are about as low as getting hit by lightning. But, what are the odds that I will receive this email two more times this week?

How easy would it be to steal your credit card numbers at your local ATM or Redbox? Check this out!

This week has been really draining. At work, we have been given new top down directions on how to manage the request for software development. The directions are rather reactionary, and the net result is that most teams have lost developers. Two of our teams have been the benefactors, gaining developers they did not have before.

The ironic bit is that this has generated an application that I am writing. Those Who Know have developed a "Request for Software Development" form using Word. The idea is to document the requests and make sure that account managers, software development managers and directors all agree on what work should be billed back to the client and identify the purchase order. The goal is to reduce the amount of "development hours" given away for free (which really is a problem). However, we are now using Word and Outlook to route these documents back and forth. Anything ironic here? And, then They That Know ask for metrics based on these worksheets.

Now I have been burning time in the week and at night to put together a workflow application in ASP.NET. Oh yeah baby, I finally get a chance to kick with .NET 3.5, Ajax (I love the Client Side Library: $get and $addhandler rocks! Client side callbacks to the server without using Remote Scripting or having to write my own quasi out of band process. Oh Yeah!) and LINQ to SQL(which rocks you like a hurricane). The only problem is, I really started writing the application last weekend and my boss asked for it on this Monday. I've put in late hours and I just put in 9 hours today to try to get it closer, but, it is not going to happen. I started to sweat it, but come one, the company isn't going to die if I don't have this done. However, I have had a blast with it. But man, am I tired. A good tired. I really miss programming.