Since monday, I have been taking 60mg of Prednisone to combat any nasty virus that may have been responsible for my hearing loss. I believe that I am beginning to see, or rather, hear results. The best that I can describe how I was hearing was to remove any bass from a song and jack the treble all the way up. Now, make the resulting noise sound really far off and you got it. That noise has changed as of last night. On the "weigh" to Weight Watchers, it sounded like I could hear more bass.

Hopefully this is a good sign.
Posted by Chuck at 6:12 AM 2 comments:

Faithfulness in times of affliction

I know, O LORD, that thy judgments are right, and that thou in faithfulness hast afflicted me. Let, I pray thee, thy merciful kindness be for my comfort, according to thy word unto thy servant. Let thy tender mercies come unto me, that I may live: for thy law is my delight.

Cindy has told me that I have had selective hearing for about fifteen years, and seems to have started on the day we got married.
Posted by Chuck at 6:22 PM No comments: 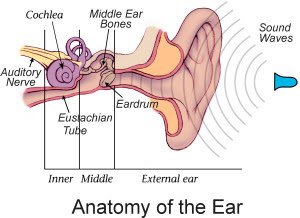 All day Wednesday, something just was not right with my right ear. Everything sounded weird. I knew something had been happening in there because for the past few months, listening to my cell phone was pitched differently depending on which I ear I was using. But Wednesday was worse by far. I knew I was going to Patients First (aka Patience First) when I got in my car to go home and the "seat belt" dings your car makes actually sounded like someone was playing two notes on a marimba. At least they were in tune.

I was diagnosed with Eustachian Tube Dysfunction (ETD, for those of you in the ENT business). Essentially, that little tube was remaining closed and not allowing for any drainage to occur. Fluid builds up, and I am assuming the ear drum can not vibrate correctly. I was given a prescription for Flonaze and recommended that I take Musinex DM. If it did not clear up by Monday, I received a referral to an Ear, Throat and Nose Specialist. Oh yes, I made that appointment toot-sweet.

Meanwhile, back at the ranch, you never realize how much your hearing. I find it difficult to have conversations with people, watch TV or listen to music because it sounds like everyone is using a voice altering device to pitch their voice: musically speaking, it sounds like people are talking in thirds.
Posted by Chuck at 5:27 AM 3 comments: 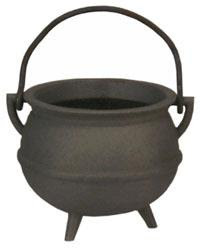 And we know that all things work together for good to them that love God, to them who are the called according to his purpose.
Romans 8:28

Late in high school, I started participating in my church's Awana program as an Awana Leader. On one event, we made Hobo soup. In case you have never had Hobo soup, let me describe it for you. Basically, everyone brings a can of soup and dumps it into this massive cast iron pot. Broccoli, Beans and other vegetables are also brought in and dumped in the pot. It has a brown, gruel like texture, and I don't even like broccoli that much. The result is something that looks awful, however, it tastes wonderful.

This verse from Romans is a lot like that good taste. God does not promise that every detail of your life will be good. We experience so many hardships in life: death of two siblings, miscarriage, loss of a job. These are things that I have faced in my life, and not a one of these details was good. But I believe that God has worked all of these together for good because he has called me to Him and I do love Him.
Posted by Chuck at 6:44 AM 2 comments:
Labels: Devotional

I came across this "trick" today and will try it out. If you use your gmail account to purchase an item at Amazon, I use this email address username+amazon@gmail.com.

Gmail ignores everything between '+' and '@'. I believe that Gmail treats that as a filter. So, if Amazon sells my address to some Pr0p3cia, at least I know who sent it to them.

However, do not use this if your email address is the same for your login identifier. For example, if you try this with your Netflix account, you will find that you can not login as the '+' seems to be stripped out.
Posted by Chuck at 7:28 AM 1 comment:

I recently watched the Donner Cut of Superman II and thought, why not go ahead and watch the last two Chris Reeve Superman Movies. Yes, I know, they are bad. Really bad. I remember that I actually yelled at the screen in Superman IV it was so bad.

So here is what Netflix recommended that I might also enjoy: Jaws The Revenge and Batman and Robin. "Hey, he wants to watch Superman IV, what other crap might he like?"

Wow! my last post really seemed depressing. The cool part was a victory that I experienced over being over whelmed. It was also neat that the Sales guy for our product called yesterday to see how I was doing. He had heard from operations that they were slamming us with requests. At least this wasn't all in my mind.

Anyways, enough of the serious stuff, on to some funny. This is a skit that appeared on SNL last week and made it onto NBC's YouTube channel. It has that "so dumb it's funny" quality that made SNL great back in the day. So sit back, relax and enjoy Laser Cats 2

Save me, O God; for the waters are come in unto my soul. I sink in deep mire, where there is no standing: I am come into deep waters, where the floods overflow me. Psalms 69:1-2

Week one of 2007 was overwhelming. I can not recall a time that I felt so buried in work, pulled in so many directions. Friday was truly a blessing and a reprieve.

But as for me, my prayer is unto thee, O LORD, in an acceptable time: O God, in the multitude of thy mercy hear me, in the truth of thy salvation. Deliver me out of the mire, and let me not sink: let me be delivered from them that hate me, and out of the deep waters. Let not the waterflood overflow me, neither let the deep swallow me up, and let not the pit shut her mouth upon me. Hear me, O LORD; for thy lovingkindness is good: turn unto me according to the multitude of thy tender mercies.
Psalms 69:13-16

God is so good that he has heard my prayers and lifted me above the mire and muck. Sometimes, my pride does not even let me admit that I am stuck. Or, I am so buried, that I don't even realize that I need to cry out "Abba."
Posted by Chuck at 6:43 AM 2 comments:
Labels: Drowning Rescue

Well, yours truly has put on a few of those pounds that he had lost (around twenty to be exact). So, I know that it easier to lose twenty rather than sixty, I started going back to Weight Watchers. Funny, it seems that everyone else had that same idea as well. Weigh-ins started at 6:30 and went on until 7:50. Many who attended the meeting were doing so while in line.

I went ahead and signed up for their monthly pass because I anticipate that this will take a couple of months concentrated point tracking and exercise. The monthly pass saves me a few dollars, but, it gives me access to E-Tools, which I used extensively the first time. Especially tracking my daily points while at work.

So, wish me luck and hope that you see less of me later!
Posted by Chuck at 7:03 AM No comments: 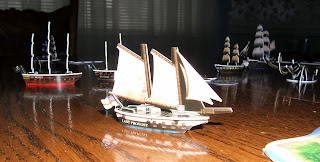 So, it is 2007 and how did I spend January 1st? That day always seems to just mark time in view of the work day up ahead, all of the Christmas decorations had been taken down and packed away. As Cindy commented, it is always so nice to put the decorations away because you reclaim your house again. I think it is more like we are getting back to business. Even Homeschoolers recognize the end of vacation periods, so the children were wanting to make the most of their last day. So what did we do?

We played the Pirates Constructible Strategy Game. This game can be played with as little as one pack of cards, but we have several, and, thanks to Lorne from New York, we have a bunch of his "dubbles." For Christmas, Katie got a pack of the "Davey Jones" cards which included the Kraken Sea Monster. The game is simple, you choose your fleet, place down islands and distribute gold. The object is to retrieve at least 1/2 of the gold, or sink the enemy fleet. Katie fell behind on the gold collecting objective, but she sent two of my four ships to "Davey Jones' Locker" with that sea beastie of hers.

After this, we were pretty pumped up, shouting back and fourth Piratey Talk (Argh, Avast, etc) so I went and rented the Pirates of the Carribean: Dead Man's Chest. Clearplay did a good job of cleaning up the language in the film and skipping most of the gore. My feelings about the movie are still the same from when I saw it this summer, but, I think more kindly about it on DVD. The Cursed Crew of Davey Jones is really cool (especially the Hammer Head Guy), and the Kraken was a big hit. Unfortunately, the kids were also disappointed that the film did not have an ending. Me too kids, me too.
Posted by Chuck at 6:33 AM No comments:
Labels: Vacation
Newer Posts Older Posts Home
Subscribe to: Posts (Atom)